By Jill Morenz
The Catalytic Fund

The building presented in this week’s episode of Beyond the Sidewalk: River City Living has been part of Newport since the 1840s. When the current owner bought it, she moved into a small first-floor apartment, with an eye on the third-floor attic.

She began renovating the top two floors by removing plaster from the brick, a slow and dusty job. Then the fun began. After a lot of research and sketches, she started building her dream house.

His favorite room in the apartment is the bedroom, a large, high-ceilinged space that feels like it should be located in Paris. The paint on the window frames has a patina that adds to the old-world feel, but the metal air duct on the opposite wall provides a modern touch.

The few steps from her bedroom lead her to the rooftop terrace, which was approved by the city before the neighborhood received local historic district designation. From here, you can see 360 ​​degrees from the chimneys and slate roofs of Newport, all the way to downtown Cincinnati.

All its visitors agree: this apartment’s quirky European-inspired charm and views are well worth the climb.

Watch all episodes of Beyond the Curb: River City Living on www.BeyondtheCurb.org/video-tours. New episodes come out on Fridays. 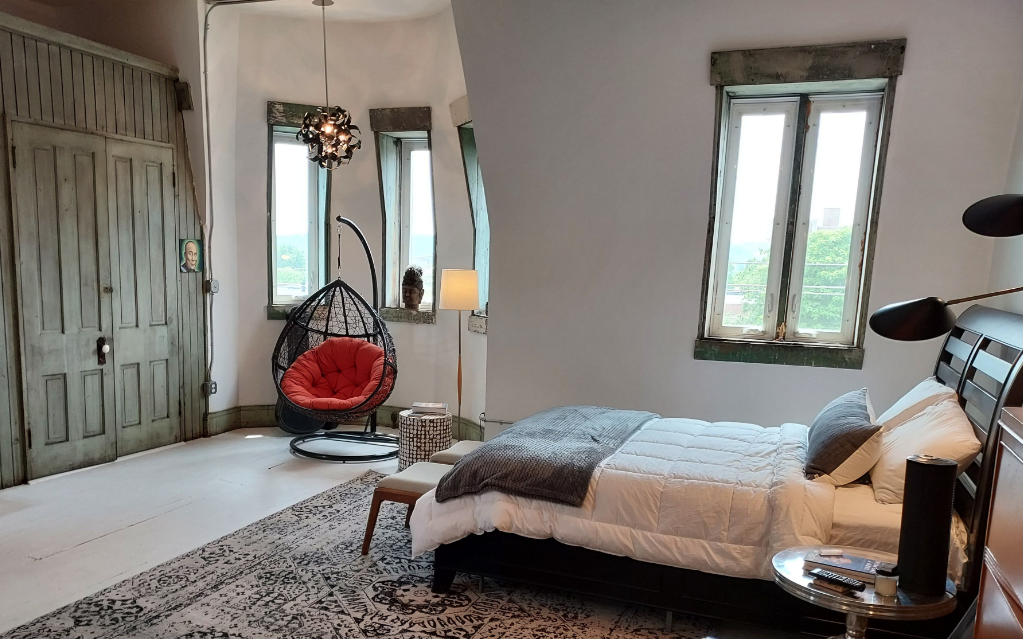 The bedroom — the owner’s favorite room. (All photos provided) 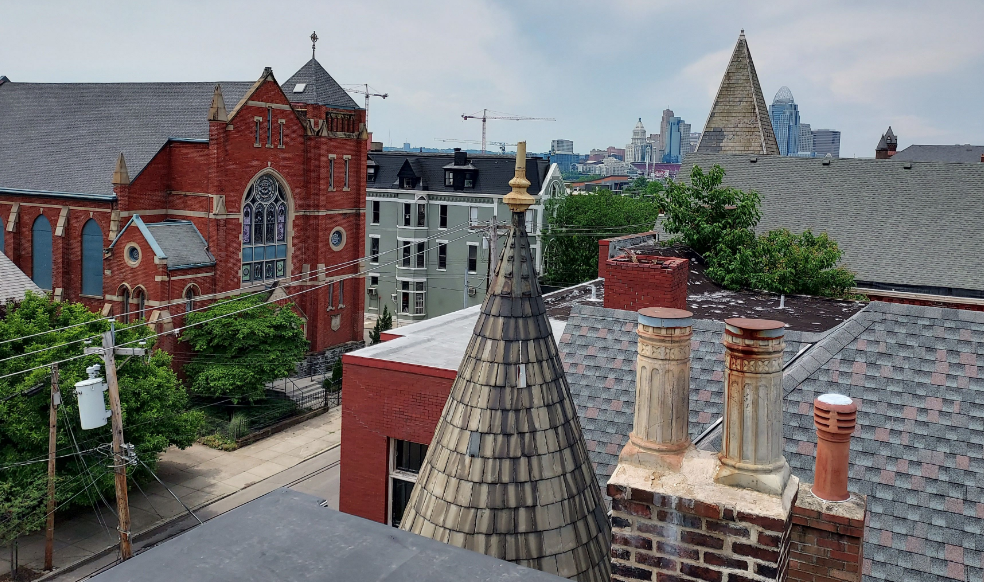 View from the roof terrace. 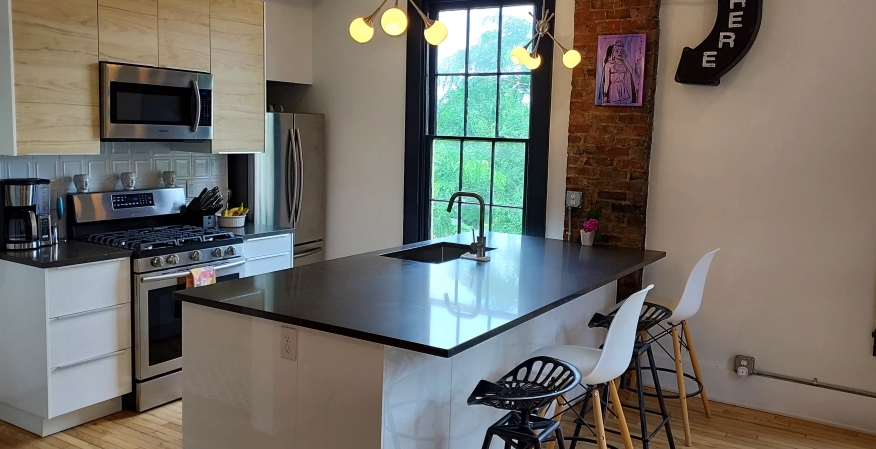