Peppertree and Carrington are perhaps two of the best known neighborhoods in the Trussville community, with beautiful custom designed homes. In fact, hundreds of people, not just from Trussville but from all over Birmingham and Jefferson County, visit Peppertree at Christmas to enjoy the fabulous light show at the home of Donnie and Susan Jones.

Most, however, may not know that Donnie and Susan designed and built many homes in the Peppertree Subdivision, as well as Carrington, Hunters Creek and other subdivisions extending to Vestavia, via of their company, New Generation Building. & Design inc.

“We focus on a personalized approach,” Donnie Jones said. “No cookie-cutter houses; all custom and large lots.

Susan became the third generation of builders in her family when she graduated with an interior design degree from Auburn University in 1992 and founded New Generation Building & Design Inc. in 1999.

“My wife actually started the business and I came on several years later,” Donnie said. “Our son, Hunter Stewart, graduated from Auburn University in August with a degree in building science, and he will be the fourth generation.”

Along with Susan’s lineage and degree, New Generation Building has participated in and won numerous awards in the Greater Birmingham Association of Home Builders (GBAHB) Annual Home Parade.

“Susan’s degree helped because she was able to custom design,” Donnie said. “We’ve usually won the gold medal at every house parade we’ve been in.”

After the 2008-2009 recession, the demand for custom-designed homes declined, and the Joneses also began to expand their business into commercial development.

One of New Generation’s best-known commercial developments in the Trussville area is Sheepdog Firearms, but the Joneses also expand into less than four-story tenant construction, which is owner-owned and leased to landlords. ‘company.

“Once New Generation Building completes construction, we sell the building to our sister company Village Square Properties to manage the lease,” Donnie said. 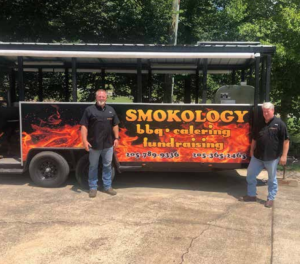 This hidden gem offers both covered and uncovered storage, giving not only locals, but anyone traveling to the area a safe place to shelter their motorhomes or boats. Demand, however, is high and there’s a waiting list, Donnie said.

“We probably have the only covered storage here on this side of Jefferson County,” he said. “It’s a good location, because it’s a bit out of sight, out of mind.”

In addition to New Generation Building and Village Square Properties, Donnie Jones has a third business, which he talks about with a love and passion strong enough to whet anyone’s appetite.

In the parking lot of the New Generation Building are three Smokology barbecue trailers where Donnie and his partner Rodney Meeks prepare a competition barbecue and also provide catering and fundraising services.

“We are Smokology,” Donnie said. “We organize fundraisers for the barbecue. We do catering. We make the Trussville Shrimp Boil; we have been doing this for several years.

Donnie began his barbecue career cooking and competing for Southern Living in the Kansas City Barbecue Society (KCBS) professional barbecue circuit. He launched Smokology in 2007 and Meeks partnered with him in 2012.

Smokology provides catering services that range from weddings to larger events like the Church of the Highlands Motion Conference, and fundraisers that help support many organizations, including athletics and fine arts programs in many local schools. 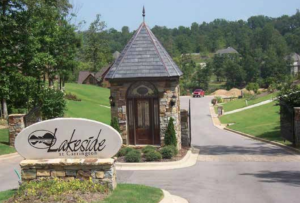 “We do a huge fundraiser on Thanksgiving,” Donnie said. “Last year we made over 1,600 hams, turkeys and butts for Thanksgiving.”

“It’s a pretty big event that we do, and it’s growing every year, quantity-wise,” Donnie said. “It’s a huge source of revenue for all schools.”

“Jack Daniel’s is probably the most prestigious barbecue offering in the country,” Donnie said. “Only one state champion team may represent each state in the Jack Daniel’s competition.” 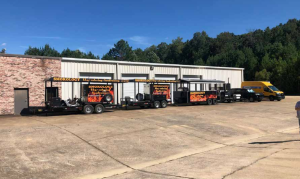 Donnie said Smokology doesn’t compete much anymore, but he and Meeks put most of their energy into catering and raising money for the business. Preparing for these larger events can be a sleepless undertaking, but their heart and passion for the service they provide makes it a labor of love.

“That’s how we are,” Donnie said. “We want to make sure everyone gets a great product and has a great experience with us.”