A Greek Revival townhouse on one of Brooklyn’s most scenic cobblestone blocks is now available. Located in a row of colorful 19th century houses on Joralemon Street in Brooklyn Heights, the pastel green residence at #43 is 21 feet wide and currently configured as two duplexes. Asking for $4,900,000, the home is about 3,200 square feet over four stories and features a charming back garden and quirky details like its brick and brownstone facade, wide plank flooring and marble fireplaces. 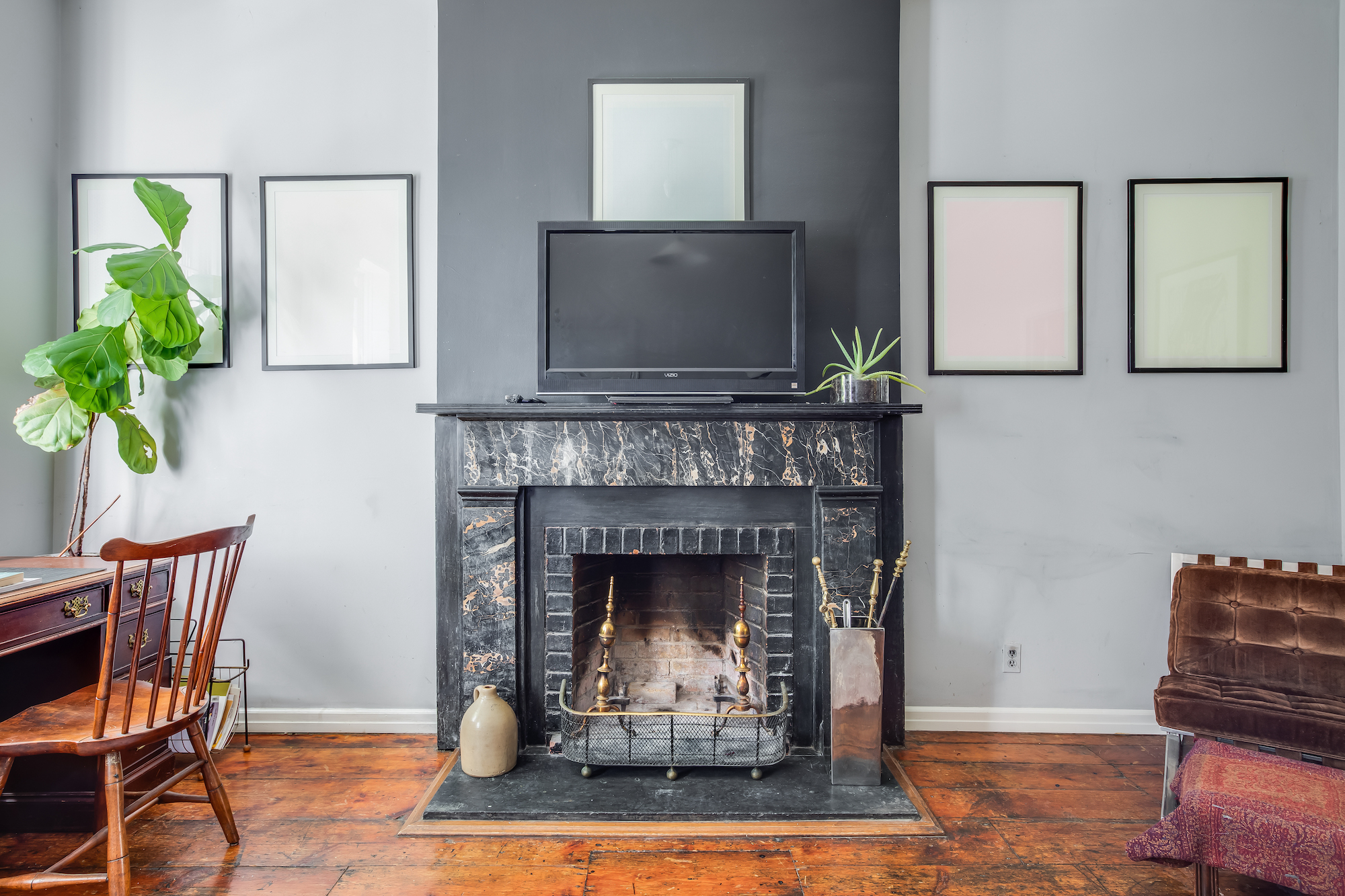 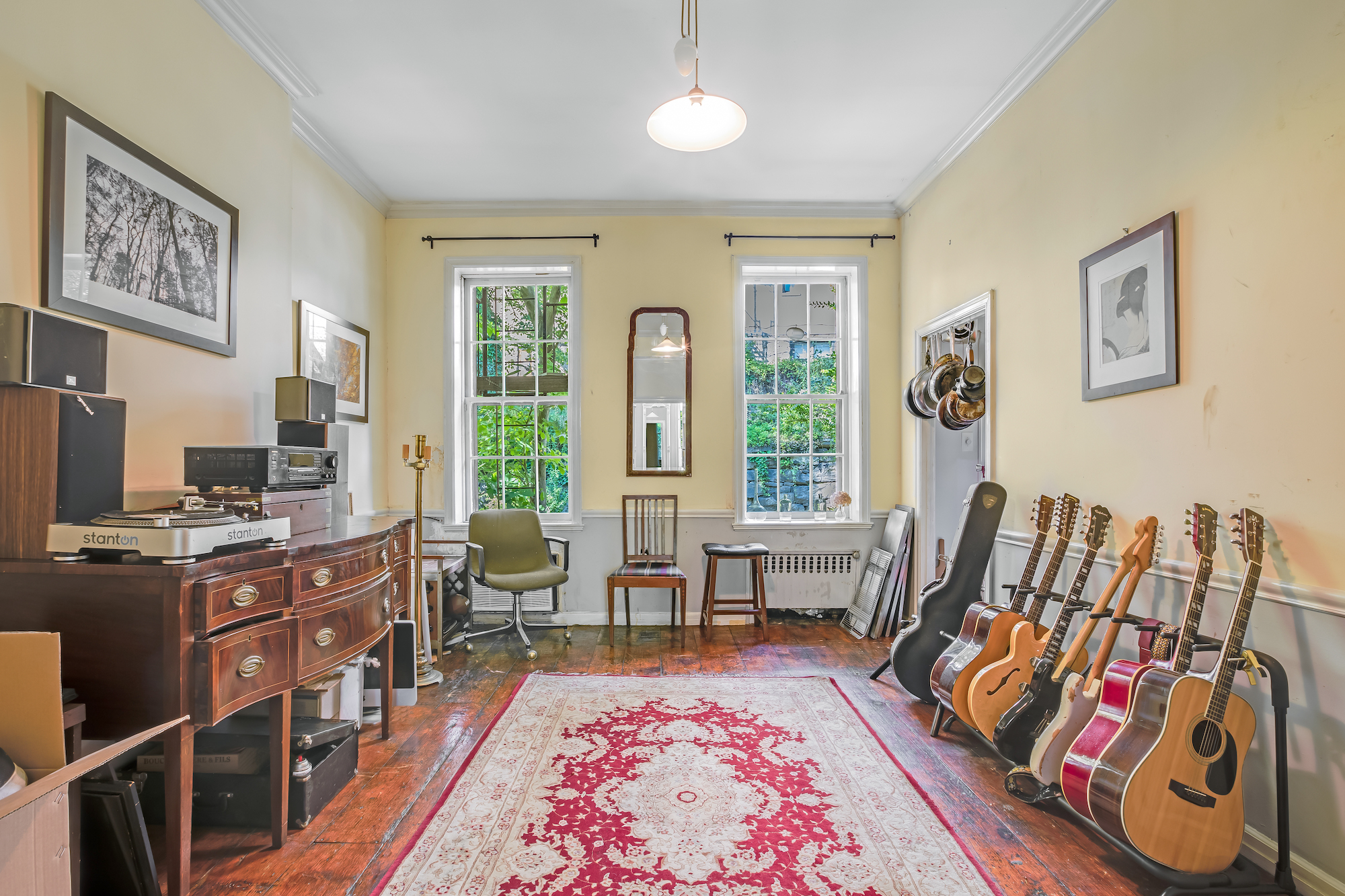 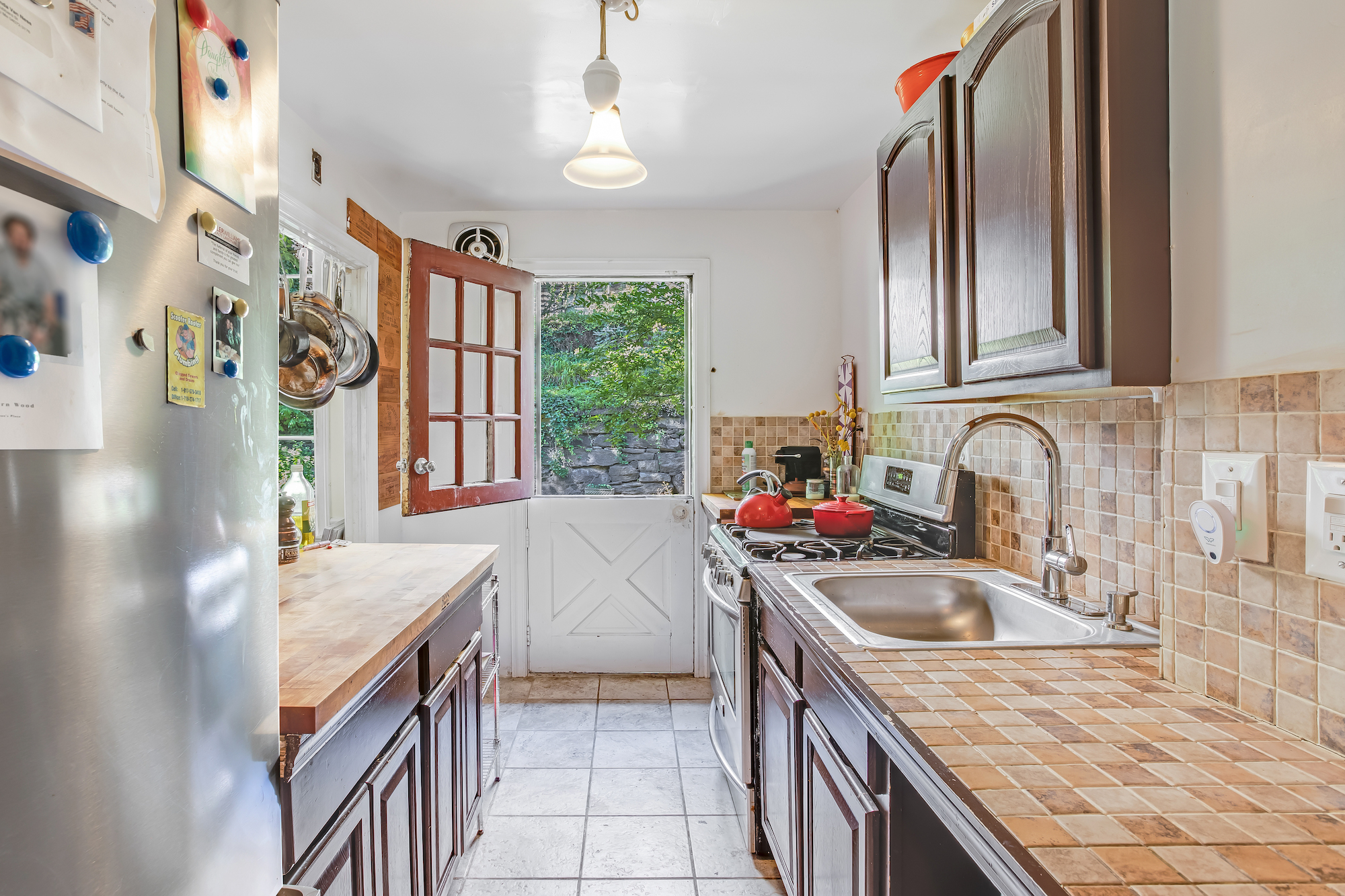 The townhouse, which last changed hands in 1969, is currently pictured as an upper and lower duplex, including a full basement cellar. In total, the combined units contain 11 rooms, five bedrooms, two and a half bathrooms and two kitchens.

While the lower level duplex is less renovated than the upper one, according to the listing, it has historic features like a double living room with high ceilings and tall windows. A kitchen with a pretty Dutch door leads to the backyard.

On the garden level, there are two bedrooms, each with a walk-in closet, and a full bathroom. 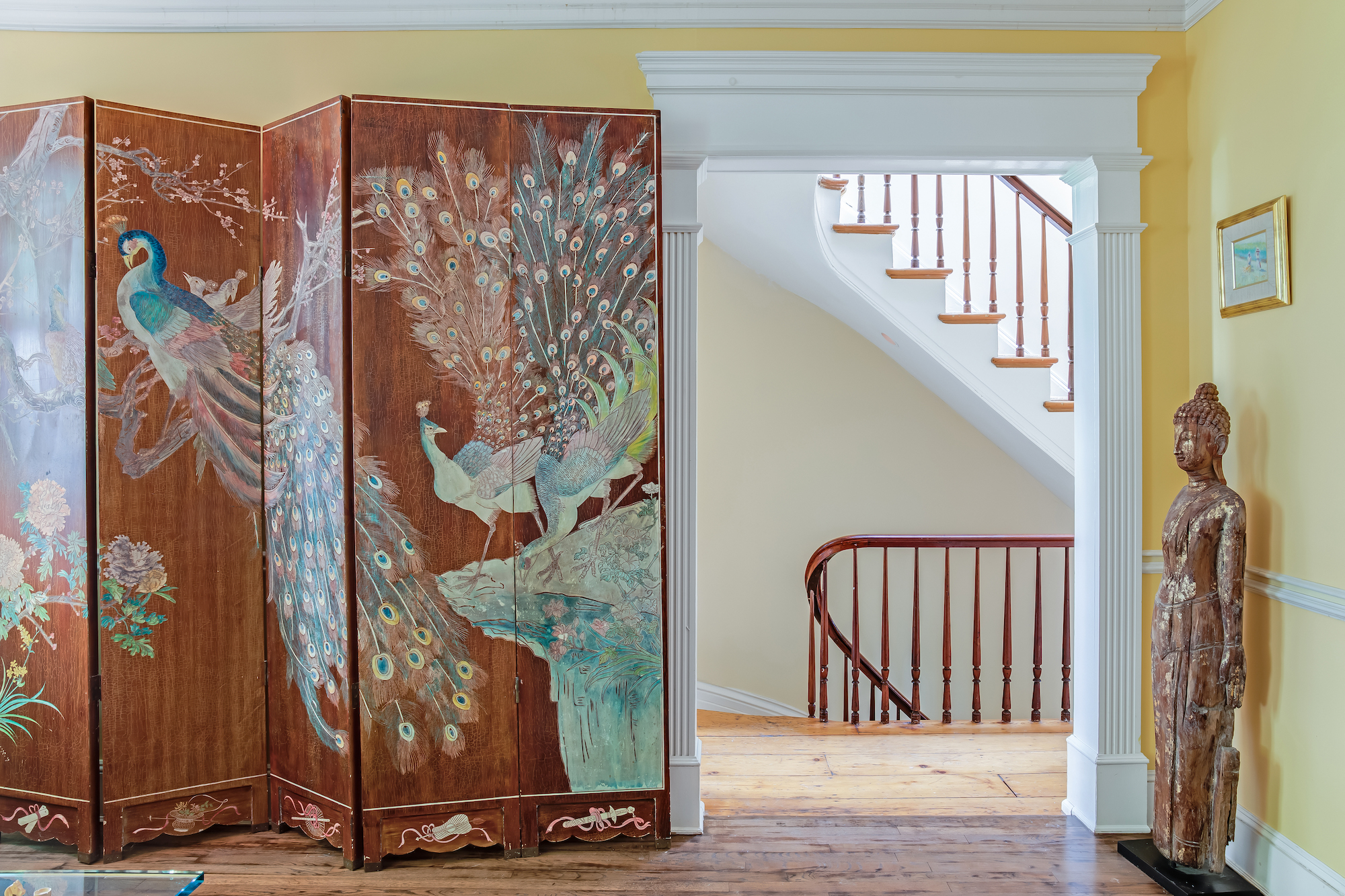 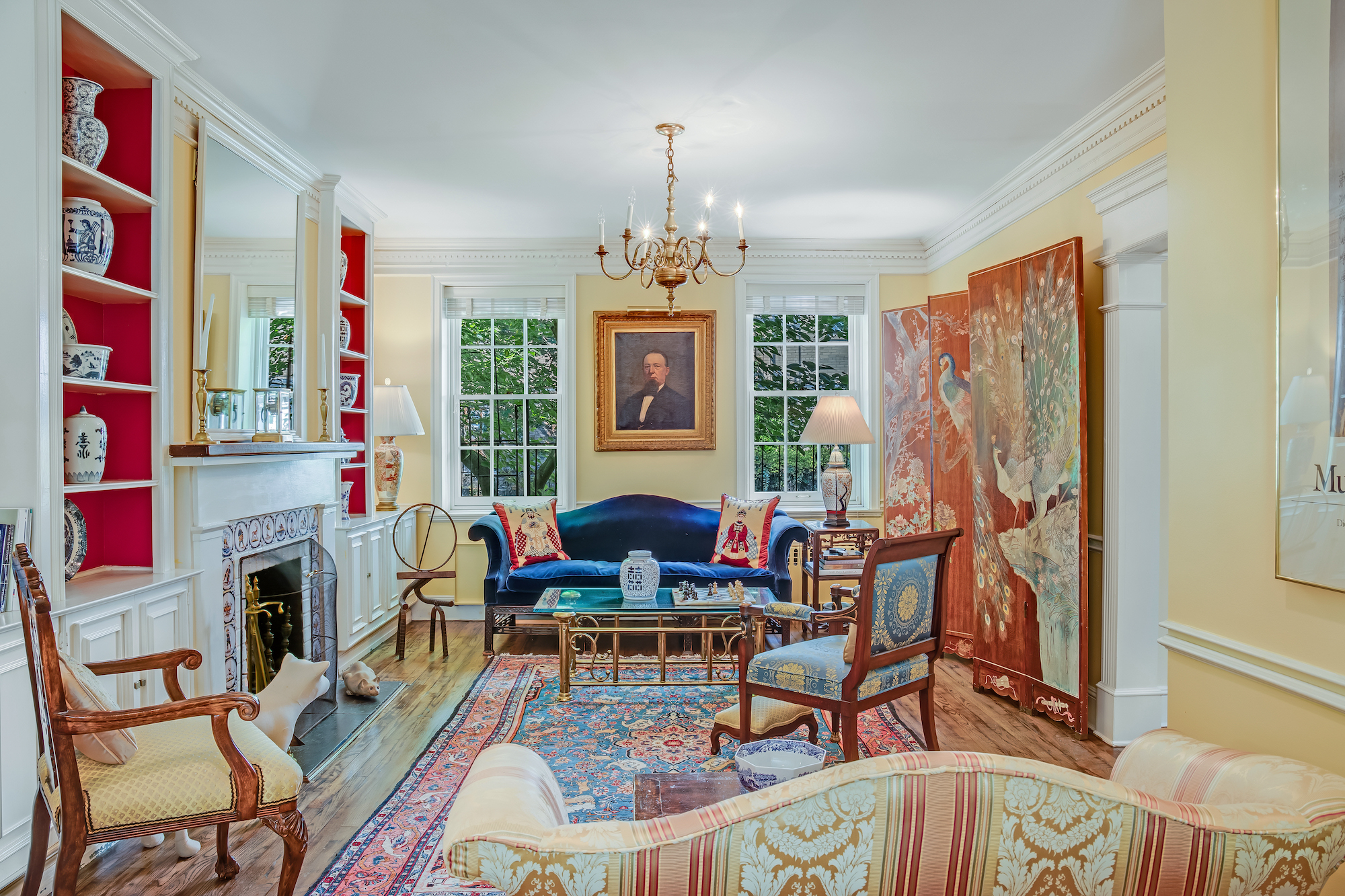 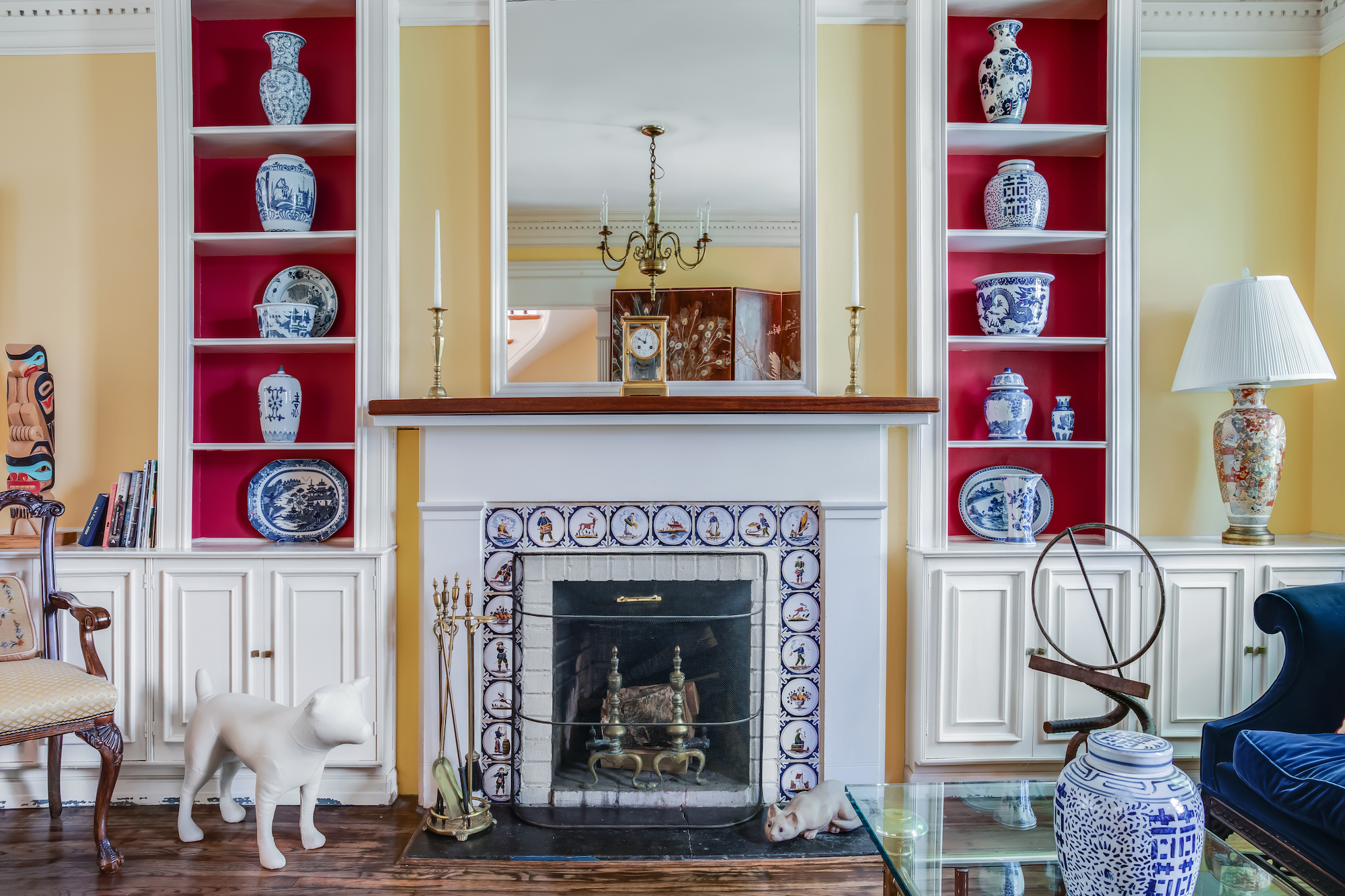 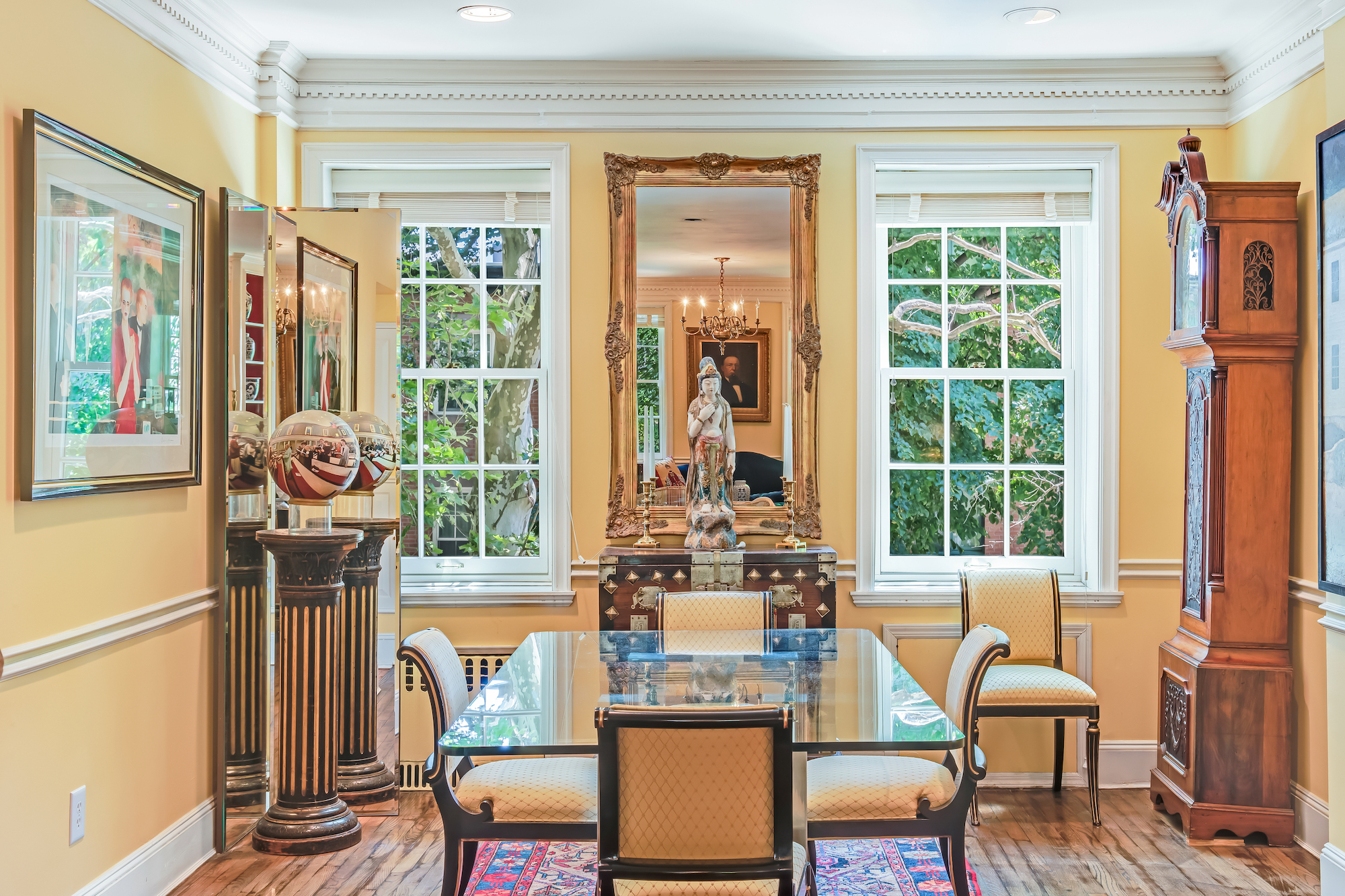 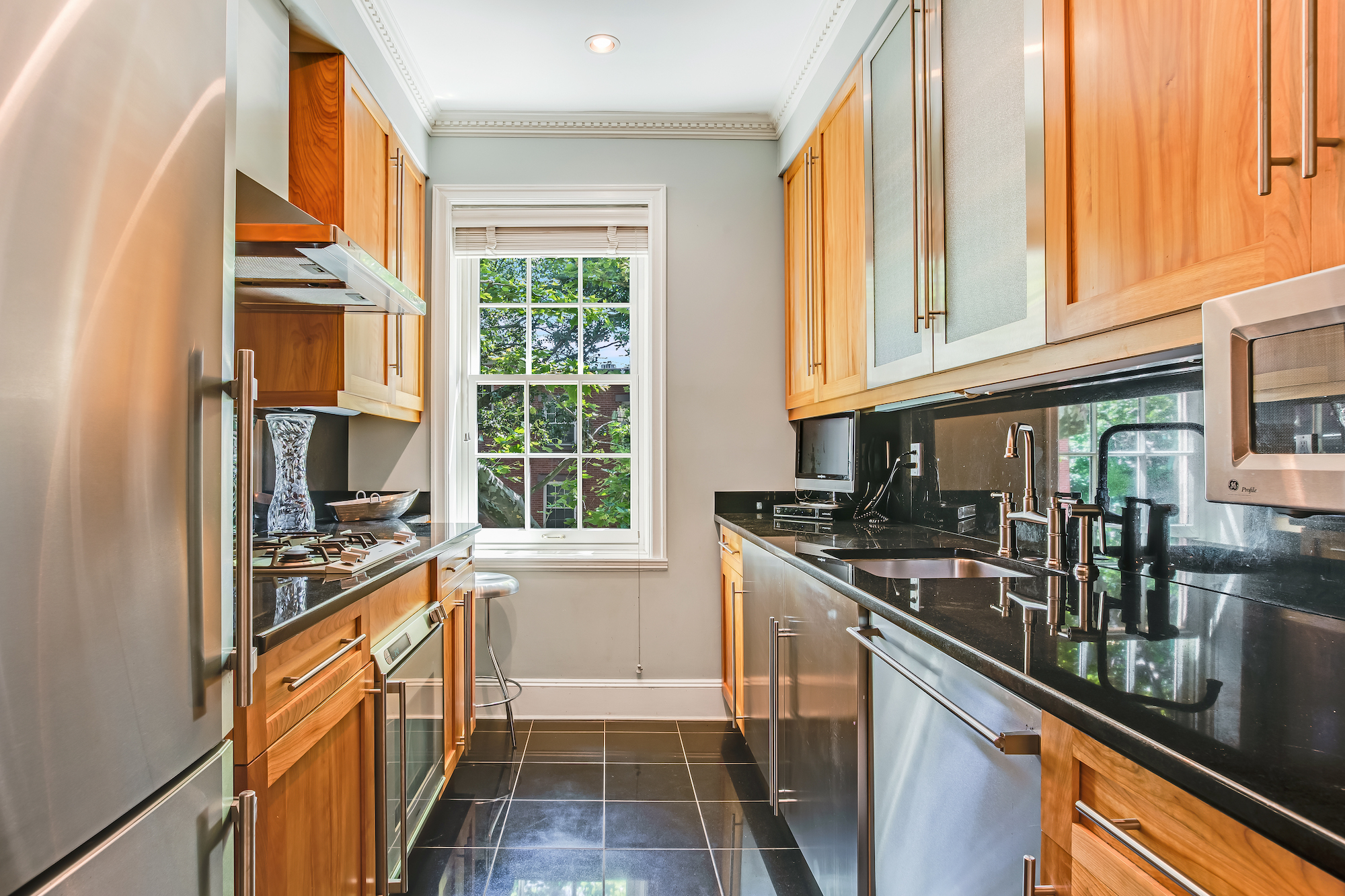 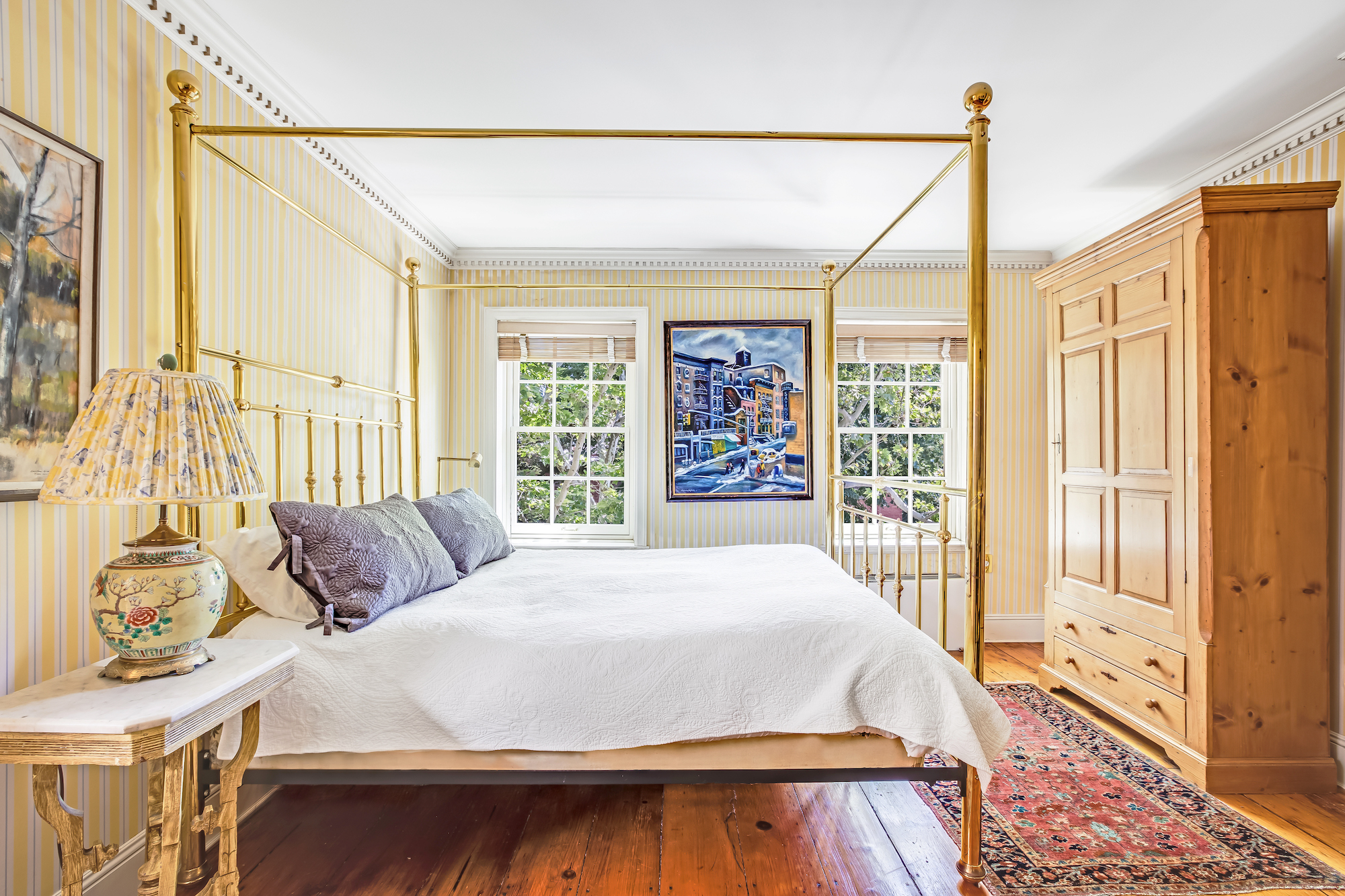 The upper-level duplex begins on the second floor and features 11-foot ceilings and windows with treetop views. The windowed kitchen has been recently renovated and is equipped with stainless steel appliances. The top floor houses the three bedrooms of this unit, as well as a full bathroom and storage space. 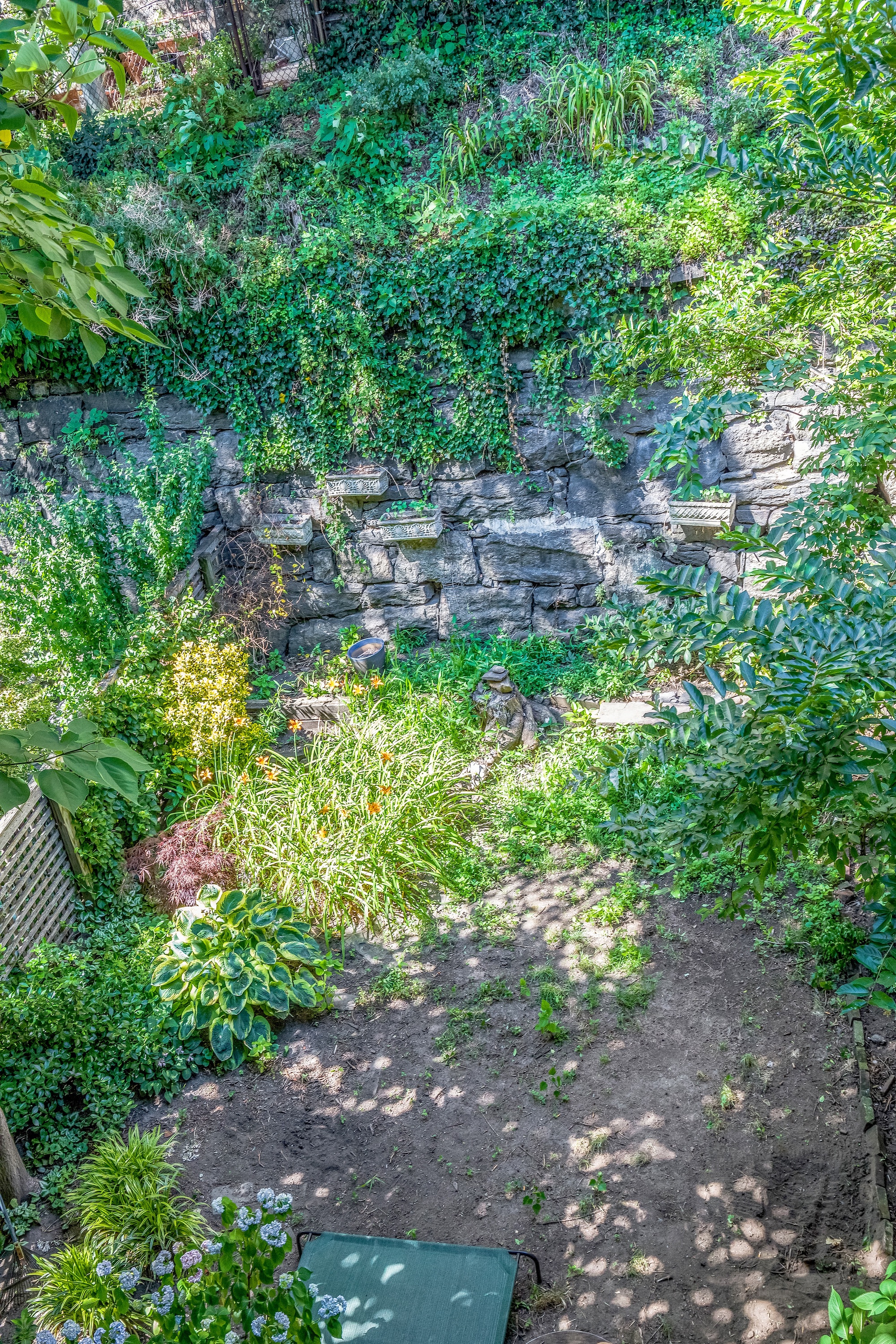 The backyard could do with some work, but judging by the photo in the ad, it appears to be quite private, thanks to a stone wall that borders Grace Court.

Joralemon Street is a scenic cobbled stretch of Brooklyn Heights that slopes down to the waterfront and Brooklyn Bridge Park.